Trend In SearchFashion Trends and Culture

Prime Minister Narendra Modi visited Meerut to lay the foundation stone of a sports university ahead of the upcoming Uttar Pradesh election. He attacked the opposition during the event. As he spoke at the rally, Modi said that previous governments had allowed criminals to play games, while the Yogi Adityanath government had made no compromise on jailing them.

AAP leader Arvind Kejriwal attacked the Yogi Adityanath-led government in Lucknow on Sunday, saying it had only built crematoriums in the state and made “arrangements” to send large numbers of people there, apparently referring to the second Covid wave.

In Punjab, the Congress has decided to take its campaign to the grassroots level instead of holding huge rallies due to the Omicron situation. Chief Minister Charanjit Singh Channi and PPCC chief Navjot Singh Sidhu attended the meeting.

Meanwhile, Sidhu addressed a rally in Phagwara to claim that the BJP is arm-twisting rival parties to bring them into its fold. Sidhu also asserted that the BJP should not claim credit for repealing farm laws, which belonged to farmers.

Uttar Pradesh, Punjab, Goa, Manipur, and Uttarakhand will hold elections between February and March, 2022. It is a crucial state for both the BJP and the Opposition, particularly the Congress. Farmers’ unrest will also be reflected in the election results in UP and Punjab. 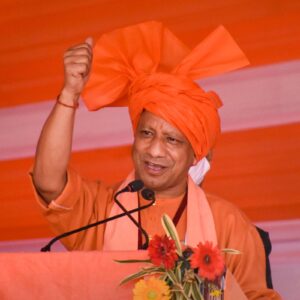 Yogi Adityanath, the chief minister of Uttar Pradesh, says he is ready to contest the upcoming assembly elections regardless of his party’s decision. According to the BJP leader, he had fulfilled whatever was promised during his tenure and had no regrets. “I am ready to run wherever my party wants me to,” Adityanath told reporters when asked whether he would run from Ayodhya, Mathura, or his hometown of Gorakhpur.

As a member of the Uttar Pradesh Legislative Council, the chief minister interacted with the media here on Saturday night. After Mulayam Singh Yadav contested the state elections in 2003, none of his successors has run in the assembly election. While serving as chief ministers, Mayawati, Akhilesh Yadav, and Adityanath were members of the legislative council.

Share
Facebook
Twitter
Pinterest
WhatsApp
Previous articleWhat is Bulli Bai App? Another Sulli deal? A controversy erupted over an insult directed at Muslim women
Next articleBSF ties up with NGOs to check cattle smuggling to Bangladesh

SATTA KING RESULT LIVE UPDATE The Satta King Games have always been an interesting part of the Indian gambling industry....

The National Health Mission of the UP (UPNHM CHO) invites applications for 4000 positions of Community Health Officers (CHOs)...

Law minister criticized the Constitution as a "religious document" for everyone, especially the government, in a fresh attack. It...
- Advertisement -

Shillong TEER Result Today 21 November 2022 : First Round and Second Round

Robbie Coltrane: His film credits include the Harry Potter film franchise as well as the British crime drama Cracker. Scottish-born...

The National Health Mission of the UP (UPNHM CHO)...
- Advertisement -

The National Health Mission of the UP (UPNHM CHO)...
Job alert

Law minister criticized the Constitution as a "religious document"...
0

Agnipathvayu: Recruitment of Agniveers begins in the Air Force

Sarkari Naukri Result Live: You can apply for jobs in various banks and departments...

Sarkari Naukri | Sarkari Result 2022: Many other institutions are hiring, including the Bank...

CS Result 2021: Results of the Company Secretary Professional and Executive exam will be...

UPSC 2022: 150 posts have been increased in the civil services examination.

Sarkari Naukri-Result 2022 Live: Recruitment in various states of the country including Uttar Pradesh,...

Tony Dow died at 77 years old. He was a star on ‘Leave it to Beaver’

Newspaper WordPress Theme is your news, entertainment, music fashion website. We provide you with the latest breaking news and videos straight from the entertainment industry.