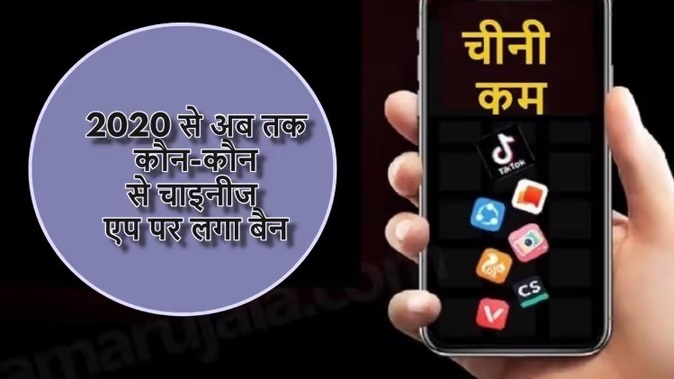 Fourth digital strike on Chinese app: Started on June 2020, so far more than 300 apps have been banned

With the help of a digital surgial strike, the Government of India has once again banned 54 new Chinese apps. India’s security has been endangered by these 54 Chinese apps. The Ministry of Electronics and IT has banned them. The apps sent Indian users’ data to China and other countries. These apps were allegedly transferring data of Indian users to foreign servers. The Play Store has been ordered to ban them.

On the list of 54 banned apps are apps from Chinese companies such as Tencent, Alibaba, and NetEase. It is being said that these 54 apps that were banned are the reincarnation of those that were banned in 2020. Following is a list of Chinese apps banned in India since 2020.

After this 43 apps were banned by the Government of India in November 2020.